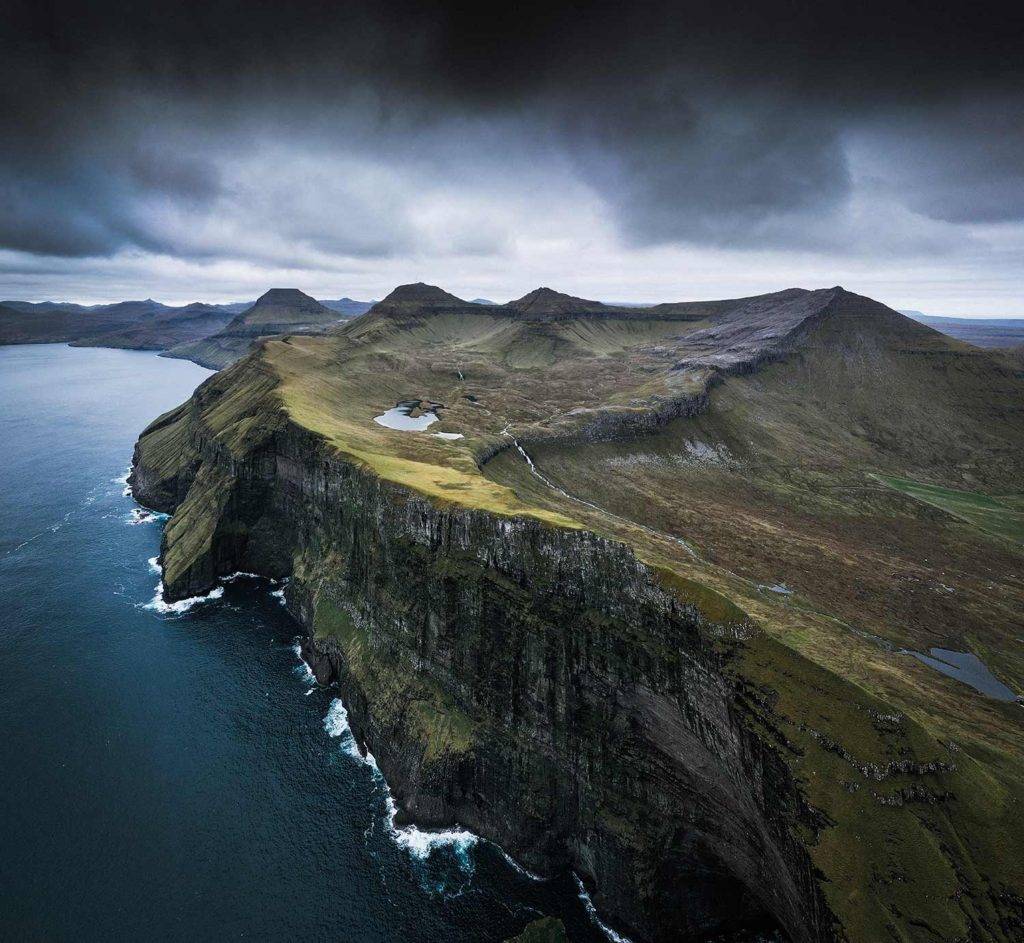 At the tail end of Hurricane Dorian, a fierce wind battered our ferry as we pitched and rolled through the chop, blown into a white-capped frenzy. As water smacked against us, there was little choice but to ride the waves of nausea after embarkation in Denmark. Two days of being tossed up and down in the North Atlantic, we anchored with gratitude to an island tucked between Norway and Iceland. Connected by causeways, bridges, and mountains gift-wrapped in a velvety green – heathland ran unbridled through every windswept valley. A startling way to encounter the Faroe Islands, I wondered about how else we’d experience this near, faraway place. New territory for us, it comprised the next Nordic leg of our Cape-to-Cape jaunt. 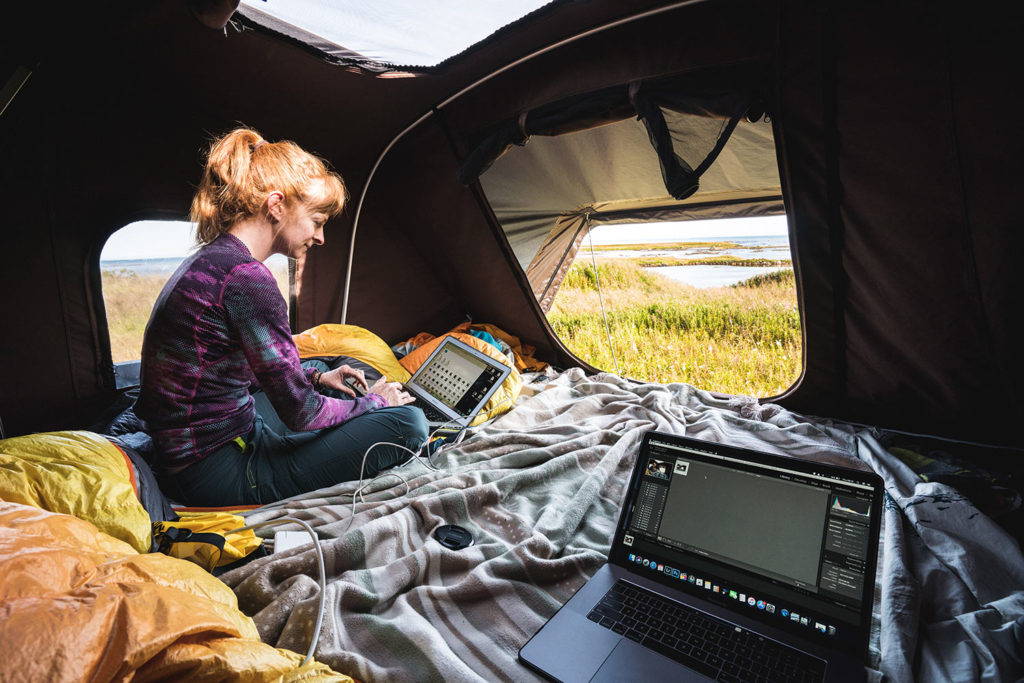 An hour’s flight from Edinburgh, the Faroes is a self-governed land of Denmark. Formed on basalt layers some 60-million years ago, it comprises 18 rocky, volcanic islands of barely trammelled stomping ground, 70-miles long, 47-miles wide. No point on these islands is more than three miles from the sea. Until Instagram gives the hidden pearl the same exposure as Iceland, it has to be one of the Nordics’ best-kept secrets. That said, a resident admitted that social media imbued the locals with a re-inspired outlook to the natural splendour sitting on their doorstep, some of whom have capitalised on that. 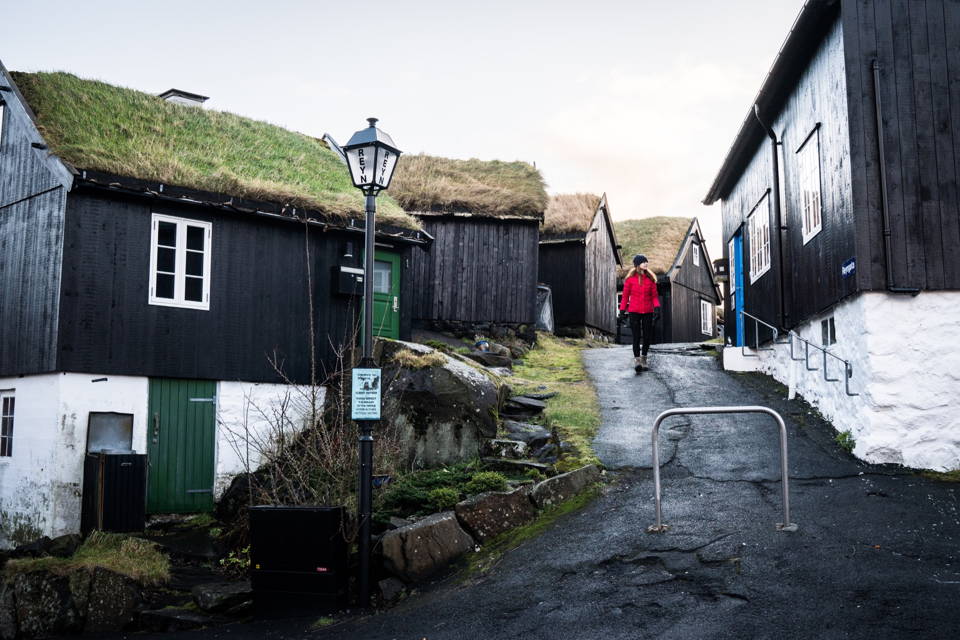 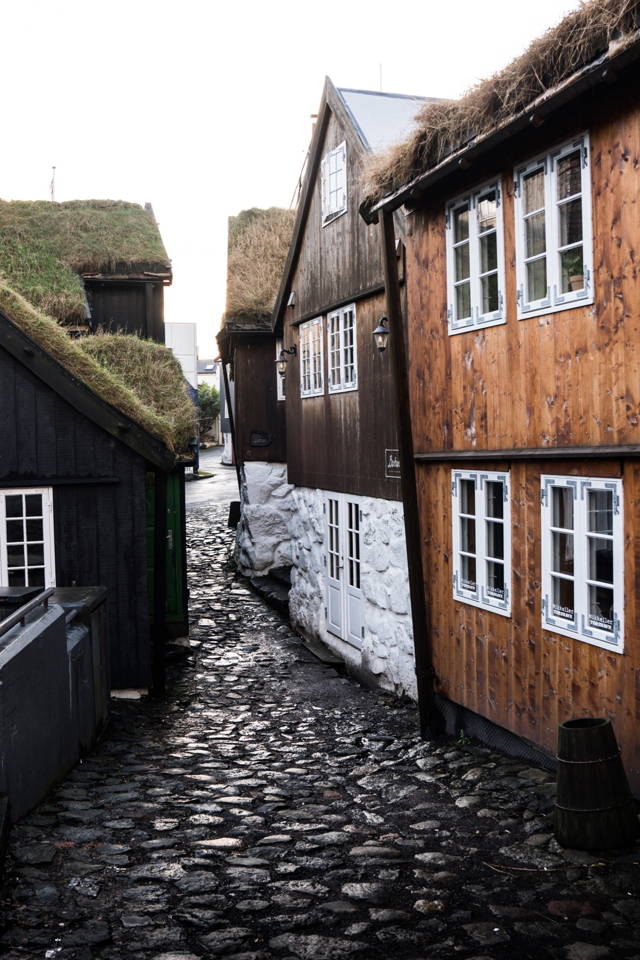 It began with a Viking “thing” taking after the Nordic God of war, Thor, followed by a marketplace, later it became a bustling town, and today, Torshavn is one of the smallest capitals in the world. Forget traffic-clogged roads and throngs of tourists, life is how it should be in the Faroes. Unhurried with a sense of well-being. Incredibly, the Prime Minister’s number is in the phone book, buses in the capital are free and Faroese, the national language, has featured on milk cartons to preserve it from extinction. Fortunately, English is widely spoken. There are as many traffic light sets as there are hostels: three. Oh, and a football field that doubles up as a campsite for all those partial to accommodation which errs on the whimsical! 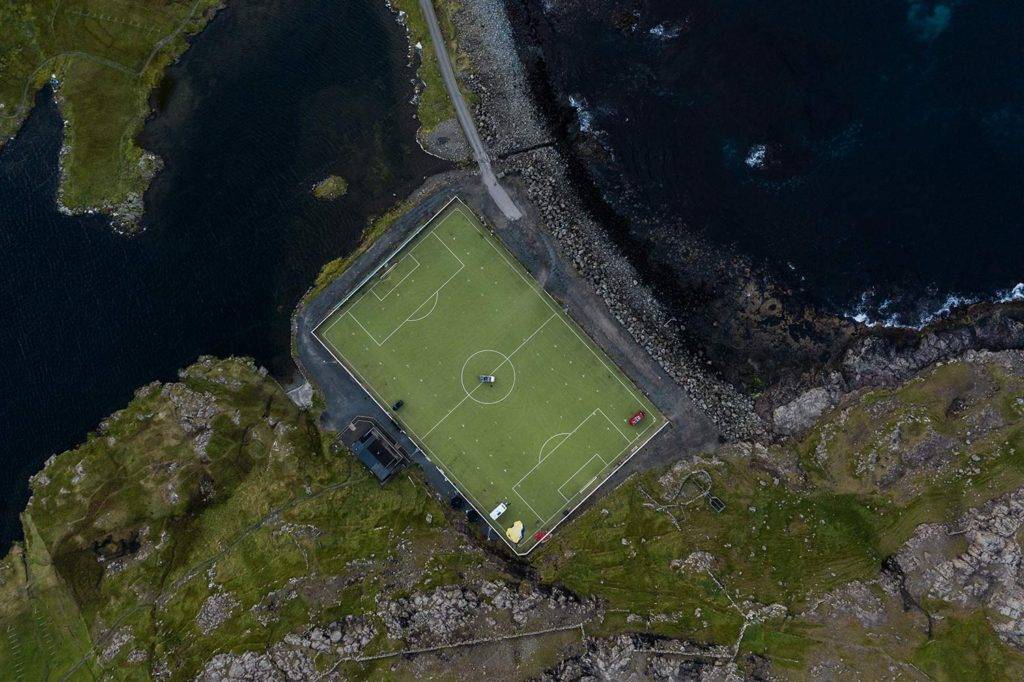 Fetchingly, the close-knit archipelago’s population is circa 50,000. Sheep, used as constant lawnmowers, outnumber the locals nearly 2:1. Despite the small human populace, there are 80 nationalities. Such diversity partly stems from when male Vikings settled 1,000 years ago, but not with their Norwegian female counterparts; they scooped up Scottish and Irish women. 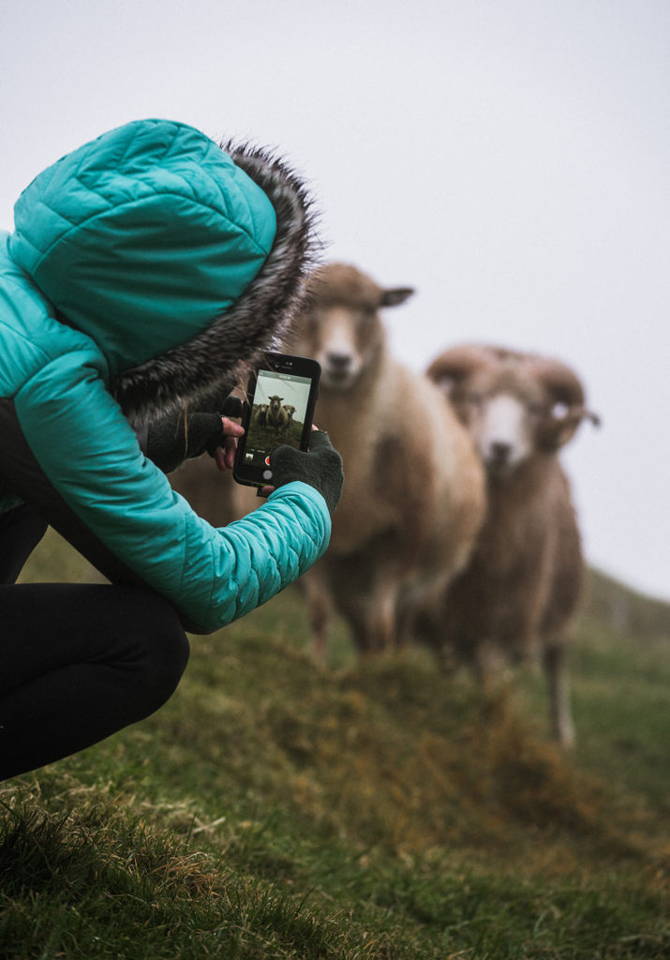 While the Faroes may suffer from a little island mentality, it’s by no means off-putting. I found it quite comical when several women drivers pipped their horn in frustration by our cruisey speed; one overtook moments before we entered a one-way tunnel into a single-lane black hole. 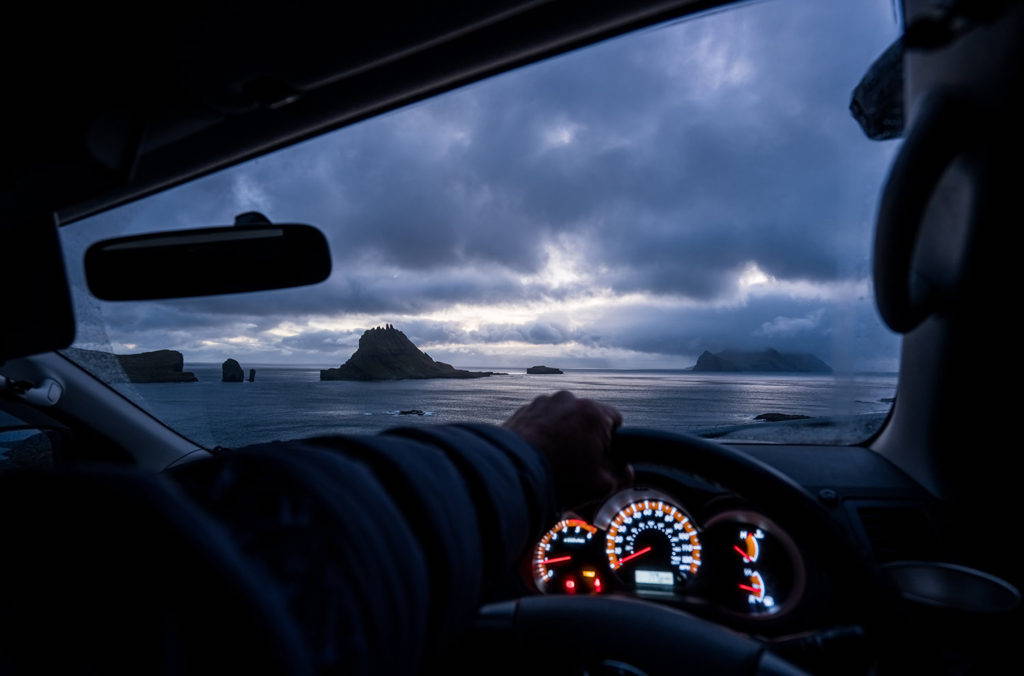 Occasionally though, like the cold slap of air we received on pre-dawn mornings, you’ll spot a no-further “Enough!” sign to deter tourists, erected by a local farmer. That, or a coin-making turnstile complete with a chip and pin credit card machine at the start of a trailhead, commanding a hefty fee for roaming on private land. Granted, if I resided in an isolated community since time immemorial, I too, may well perceive my home as exceptional to the rest of the world, and probably have a protective attitude in not wishing to share it. 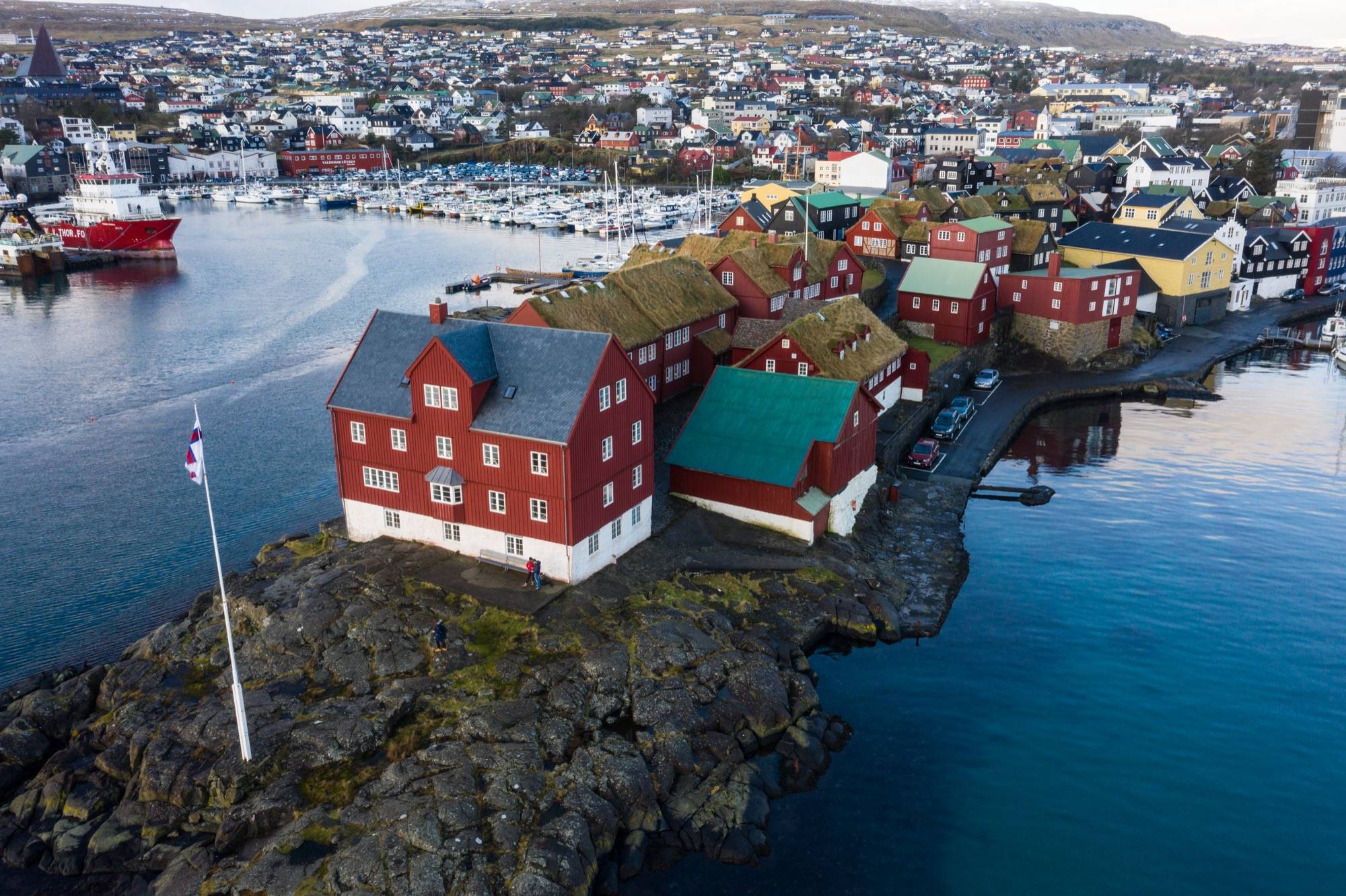 No matter, the place bereft of people left me feeling privileged to be alive. In fact, the islands represented a radiant new place, seen with fresh eyes for the first time in a while. fourwheelednomad